Sema Ozsoy, the Focal Point for LVE in Turkey, reported on a two-day workshop she ran on 12-13 September 2018 in Antalya, Turkey for 36 teachers at Akant Antalya School. The founder of the school, Aysegul Dermut, a teacher herself actively participated in the training and is determined to implement the Living Values Education Approach school-wide so is planning more LVE events for the 350 teachers in the Akant Antalya kindergarten, elementary, middle and high schools.

The venue was Akant Antalya Schools with 36 participants from the same school. Ms. Sema Ozsoy was the trainer. The founder of the schools, Mre Aysegul Dermut, a teacher herself, is very determined to apply Living Values Educational Program school wide. Aysegul was present and actively participating  all through the training. She is planning for two or more days of LVE training with her next goal to have a group of her staff trained in TTT.

The Akant Antalya Schools is made up of kindergarten, elementary school, middle school and high school. The schools altogether have appromimately 350 teachers. 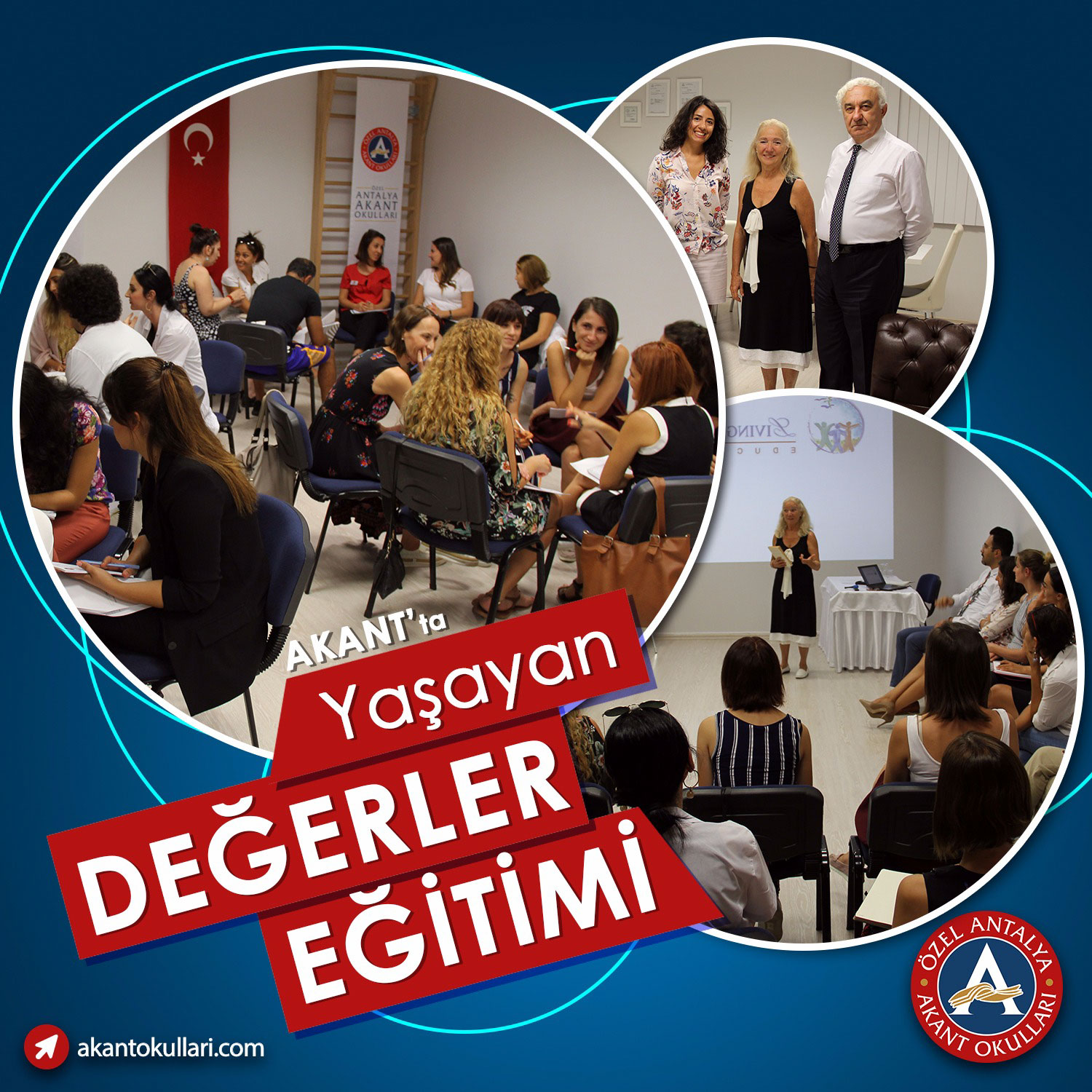 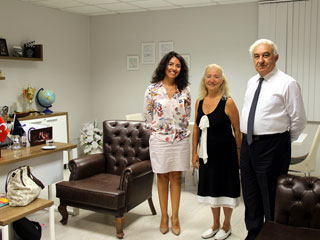 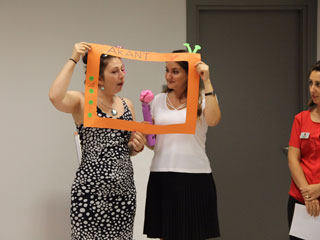 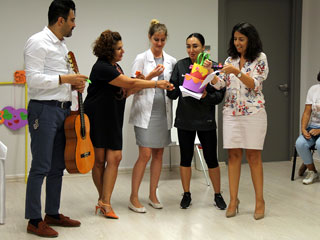 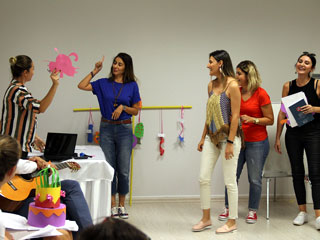 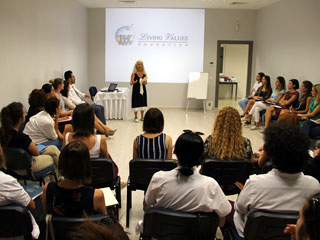 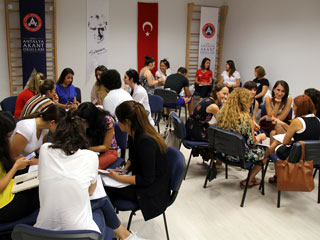 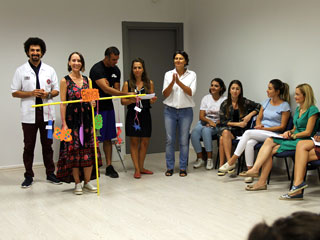 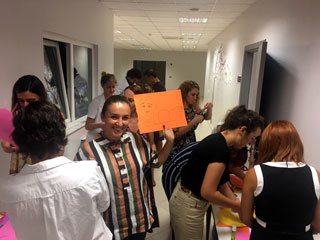 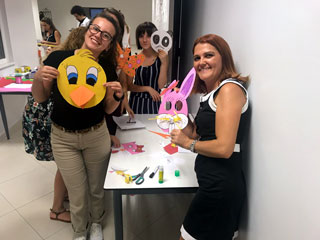 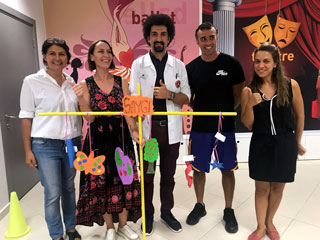 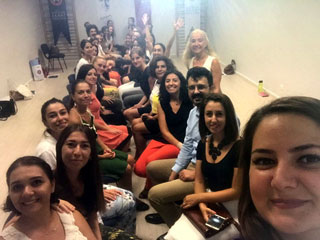 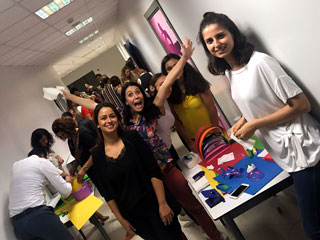 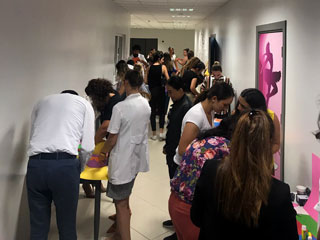 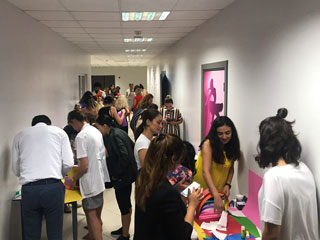 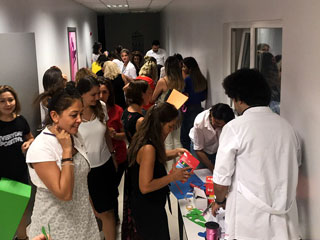 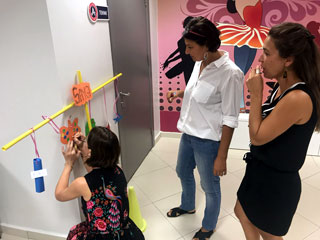 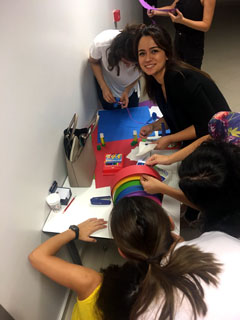 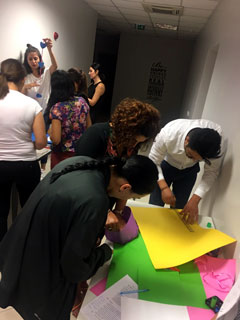 Participants were psychologists, counselors, head of departments, some kindergarten, elementary and middle school teachers and the founder.

“I am a psychologist and also the principal of the kindergarten this year at the Keystone International School in Istanbul. I have been doing Living Values Education activities for more than fifteen years in a variety of schools. Currently, we are engaging our children in the exploration of Love, Respect, Responsibility and PEACE in our Kindergarten. We also dealt with Violence Education training as part of the Peace Unit. Even our four-year-old students have begun to use the words violence, peace and responsibility during their arguments which often occur while they are playing.

As part of the responsibility unit, the Kindergarten children made an aquarium and began keeping fish at the. The fish are fed them every day. This is a kind of responsibility education.

A few of the children’s ideas about responsibility:

My mother gives me and my daddy some duties at home. These are our responsibilities.

My mother cooks at home and isn't it her responsibility?

I feed my cat and this is my responsibility at home.”

“Beyond the LVE activities currently being taught in at the Keystone International School in Istanbul, a one-day nationwide LVE Educator Training occurred in Turkey on 25 January 2018. Sixteen participants attended the training which was organized and announced by ORAV, a Teacher Academy Foundation. Activities dealing with the values of Respect, Cooperation, Peace were presented. In addition, communication skills and related exercises were undertaken, followed by a discussion on different ideas and practices on values in different parts of Turkey.”

An LVE Parenting Workshop was held April 16th at İSTEK �-zel Acıbadem Okulları/İSTEK Acibadem Private Schools in Istanbul. Received with enthusiasm and appreciation, this workshop was led by Sema Ozsoy and organized by Sibel Yalman. The parents said, “We didn’t know that the values that are important for us, are the same values that are important in every country. We didn’t know they are universal.” They all expressed wanting a peaceful life for themselves and for the world. 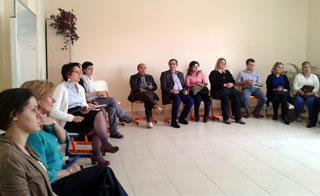 The History of LVE in Turkey

The first LVEP Educator Seminar was held in Istanbul in 1997. It was followed by three meetings for interested teachers. From 1998 onwards Ms Sema Ozsoy assumed the responsibility of being the coordinator for the program in Turkey. At the beginning of 1999 two seminars took place, one on February 27, 1999 given by Sue Emery and another on April 17, 1999 by Maggie Pinar. In the first teachers from different levels of education participated. The second seminar involved mainly university teachers. A follow-up meeting was held in June 12, 1999. Although a small group of teachers attended lots of valuable ideas were discussed.

During the summer and autumn of 1999, contacts with INGED, the English Language Teachers Association, were realized. Two seminars resulted, one Ankara on November 20, 1999 and another on November 21, 1999 in Izmir, both for English language teacher trainers. Sue Emery gave both seminars.

Regular LVEP Educator Seminars for teachers of pre-school, elementary and high school teachers were conducted during the years 1998-2004. LVEP blossomed in Turkey in 2002 and 2003. LVEP is now a values program that is familiar to many schools. Factors involved were "sowing the seeds", a few short television programs, an article in a well-read newspaper and word of mouth. Educators and schools who already took the LVEP Educator Training are a good source of reference for others. Almost all the schools that were given the training either started to implement LVEP partially or school-wide.

The schools that took the seminars are implementing LVEP in different degrees. The list is as follows:

BILKENT llkogretrim Okulu decided to do a three-day seminar in September 2003. Helen Sawyer from Switzerland kindly agreed to conduct the program in September, after which the school began implementation. The school's Headmaster had been visiting primary schools in the USA and was very impressed by the positive atmosphere at one of them. When she questioned the reason she was told that LVEP was being implemented there. This played a major role in the school's decision to take the LVEP Educator Training.

The LVEP Training for Street Educators was realized with the cooperation of several parties during 6 -13 December 2003 in Istanbul. The Turkish National Committee of UNICEF and the Social Services and Child Care Organization of the Turkish Government were the main sponsors. The Turkish Government allocated the venue (the Conference Room of the Governor of Istanbul and the Rotary Child Center in Istanbul), and UNICEF paid the traveling expenses of the trainers and the participants. The Galatasaray Rotary Club provided lunch, tea and coffee expenses of the group throughout the program. Aynur Tuncer did all the written translation of Living Values Activities for Street Children Ages 7-10 and also for LVASC Ages 11-14 free of charge. Participants were psychologists and social workers from Government agencies responsible for the street children. Diane Tillman was not able to come for the training because of health problems. Patricia Summerfield made it happen by replacing her at the last minute. There were 18 participants for the TTT and 18 + 13 for the LVASC Educator Training. There were three international participants: one from Pakistan, one from Switzerland and one from England. Three of the participants were policemen from Istanbul Children's Police Department. Dominique Ache and Benoit Duche were able to work with 10 to 15 children for five days and put on a show on the last day of the program for the participants. Benoit Duche filmed the process. Istanbul Deputy Governor, Mr. Mehmet Seyman visited the program venue and expressed his thanks at site to everybody involved in the program. Siyma Barkin, assistant to the educational department related with the project at UNICEF sent a message expressing her organization's appreciations of the project results.

Translations of the following LVE books are realized:

The above LVE books were translated by Aynur Tuncer. Many thanks to her for her dedicated work.

The Living Values Guidebook was translated by Cankiz Sanal and edited by Yesim Ozsoy. Thanks to both of them for their cooperation.

'One day, while doing conflict resolving with two five-year olds I asked them how they would solve their problems without being aggressive. After thinking for a while and discussing together they gave me the following response;

"This is a school of peace. We must solve everything by talking and loving each other." This response was the result of Peace Theme which we have just finished implementing from Living Values' subjects.'

A two-year follow up and another training showed a tremendous change throughout the camp. Children were playing, spontaneously and creatively, and they were caring with each other. The camp leader reported that his section leaders who before had to spend considerable time sorting our problems with gangs of young people fighting from different sections, now did not need to spend even one second on this matter, as there was no fighting.